Posted at 12:14h in Current Petitions, Land Use & Zoning by Judi Short
0 Likes 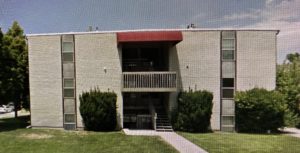 December 2022.  We have a new drawing of what the developer is proposing.   And, the petitioner submitted a new Development Agreement  This is what the city had been waiting for, and should say what the developer has agreed to do on this parcel, which is to return six dwelling units to this parcel.

OLD NEWS -THIS PROPOSAL WENT BEFORE THE CITY COUNCIL ON FEBRUARY 15, 2022 AT A WORK SESSION.  THE CITY COUNCIL SENT THIS BACK TO THE PLANNING COMMISSION BECAUSE  THEY REALIZED THERE HAD BEEN NO PUBLIC INPUT ON THIS NEW PLAN..

Here is a link to a huge February CC staff report, this item begins on page 10.     The Development Agreement that the petitioner proposed to Planning, after a lot of meetings, starts on page 15, It is this new agreement that was presented to the City Council for approval on the 15th.  The City Council members were slow to realize that this new plan is not what the neighborhood or the Planning Commission had reviewed,  They heard our concern about the loss of six naturally existing housing units. A motion was made to send it back to the Planning Commission for further review.  The usual process is the Planning staff transmits the recommendation of the Planning Commission to the City Council, along with the staff report. In this case, it took almost 11 months to do that, because the planning staff and the petitioner were negotiating the development agreement. Here is the transmittal.

WHAT IS THE CURRENT PROPOSAL?   See above.

HERE WAS THE ORIGINAL PROPOSAL from two years ago.

In June of 2020, the petitioner submitted a request for a Master Plan and Zoning Map Amendment for this parcel. The proposal would rezone the entire property from RMF-35 (Moderate Density Multi-Family Residential) to CN (Neighborhood Commercial) and amend the Sugar House Future Land Use Map from Medium Density Residential to Neighborhood Business. The proposed amendments to the Master Plan Future Land Use Map and Zoning Map were intended to accommodate removing the six housing units in the building and a rehabilitation of the existing building to facilitate an office use on the site.

THESE ARE THE DOCUMENTS SUBMITTED BY THE CITY ORIGINALLY TO SHCC

After SHCC reviewed this at the Land Use Committee and received comments from many people, the following letter was sent to the Planning Commission.

This proposal was on the Salt Lake City Planning Commission March 24, 2021. Here is the staff report, which recommended denial. The Planning Commission denied the request.  Here is a video of that meeting, start at 4:41 to watch. (at this point, it still needed to go on to the City Council for their approval of the rezone), see above.)